Volunteer Stories: Sofia tells us why she volunteers at Two Temple Place

"My name is Sofia and I am 24, I recently graduated from the University of Brighton with a History of Art and Design degree. Growing up in London, I was lucky enough to have unlimited access to a bunch of museums and galleries which were always my favourite places to visit so it kind of made sense to me to look into studying and working in and around them. I also love being around people, so volunteering at Two Temple Place was a perfect match for me! When I'm not there I can still be found running around all the exciting places London Town has to offer, including the arty spots, concerts, parks and anywhere that serves an espresso martini.

I first discovered Two Temple Place in 2015 when I was looking for somewhere to volunteer to boost my History of Art & Design degree application and I swiftly fell in love with the building, team and exhibition programme! The architect behind the ridiculously impressive building was Gothic Revivalist John Loughborough Pearson, who had the whole project complete for it’s owner William Waldorf Astor in a few years which is shocking to think about if you’ve seen how detailed it is... I absolutely love Gothic architecture as it has such a grand feel to it and can transport you to any period of time as well as having a really open and spacious feel to it. Inside Two Temple Place, the double height staircase really embodies that feeling to me and I love to look around it at all the cool woodwork and marble flooring. 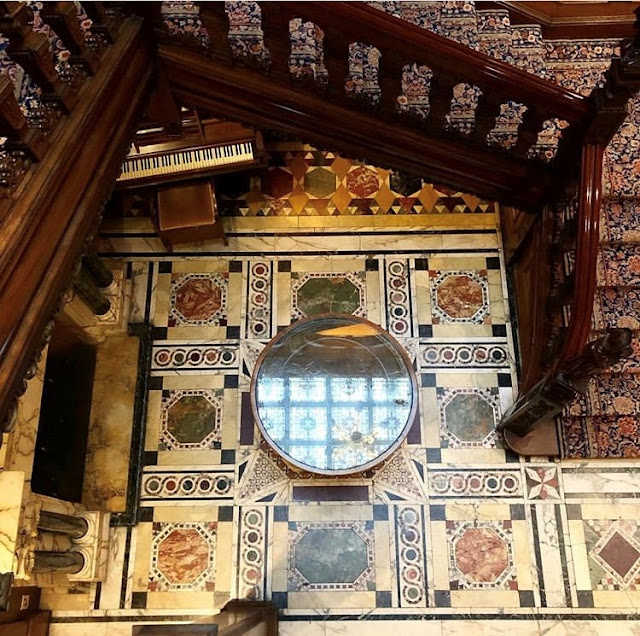 After my degree I returned to London and decided to volunteer again for the 2020 Unbound exhibition as it was so much fun the first time around. Returning I found myself more confident than the first time and settled back into the team very easily, after a few weeks of being back I decided to volunteer myself to train as a tour guide for the building tours that are available at TTP. Although I already knew quite a bit about the building from my own exploration and from Barbara Bryant’s book about it I had to really brush up on details! A couple of the more experienced tour guides were kind enough to show me around parts of the building as though they were conducting a tour which inspired me to start putting together my own take on a tour.

As well as being interested in the design of the building architecturally I have huge love for the stories hidden within the beautiful decor. William Waldorf Astor and I may not have much in common, but we both share a love for stories! In Astor’s private upstairs space there are many tributes to his favourite books, characters and historical figures. I decided that I would like to talk about these features on the tours I would be giving as they interested me so much, so I thought some other people may also find them exciting. I do have a couple of favourites, the first being the wooden figures at the very top of the staircase, of which there are three pairs from three American novels. The one figure that I love the most is of Hester Prynne from Nathanial Hawthorne’s novel The Scarlet Letter, a book that I love! Hester can be recognised easily up there by the “A” that she wears on her chest. 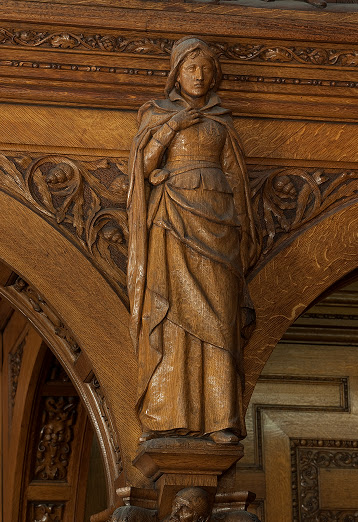 Hester Pyrnne above the staircase

My other favourite feature in the house is a large, beautiful door that can be found in the Great Hall, formerly Astor’s personal office! Although I really enjoy the door aesthetically it also has a fun memory for me as I learnt loads about the characters on it from another volunteer when we were stewarding the room together. They told me about the first six of the women depicted on the door, all characters from Arthurian legends that I had never read or heard stories of and I was then given the task of finding out about the final three myself. These nine panels are the only decoration in the building that were not commissioned especially but bought and added by  Astor after which also makes them stand out for me. The arts & crafts artist who created them was George Frampton who is pretty well known for his statues around London! 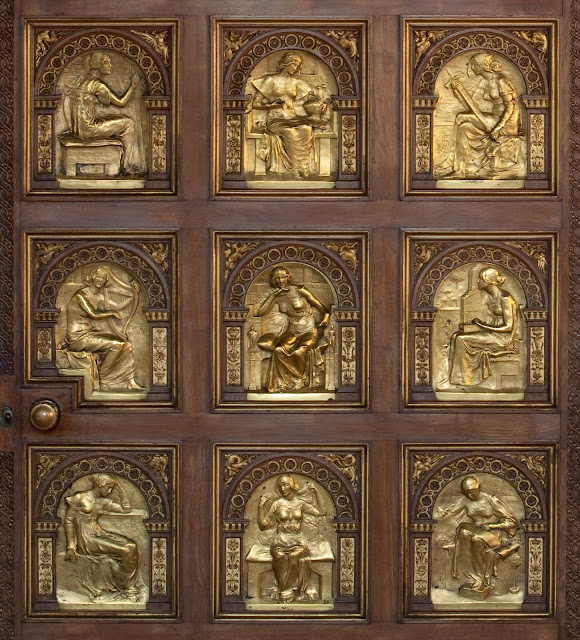 There are so many other features around Two Temple Place that I love for their beauty, origin stories and my own personal experiences there and I can’t wait to discover even more next time we can all return!" 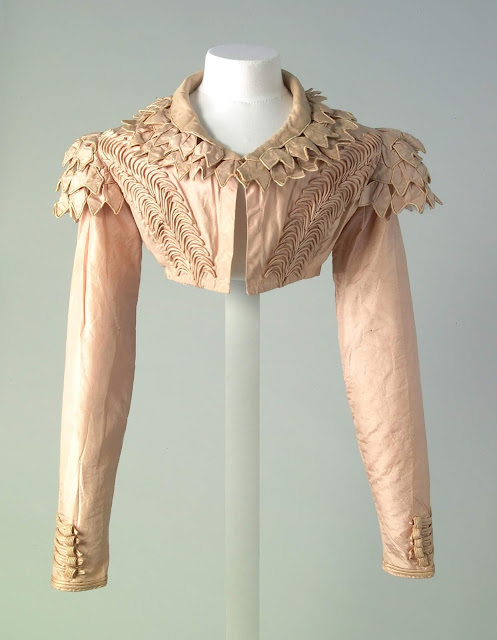 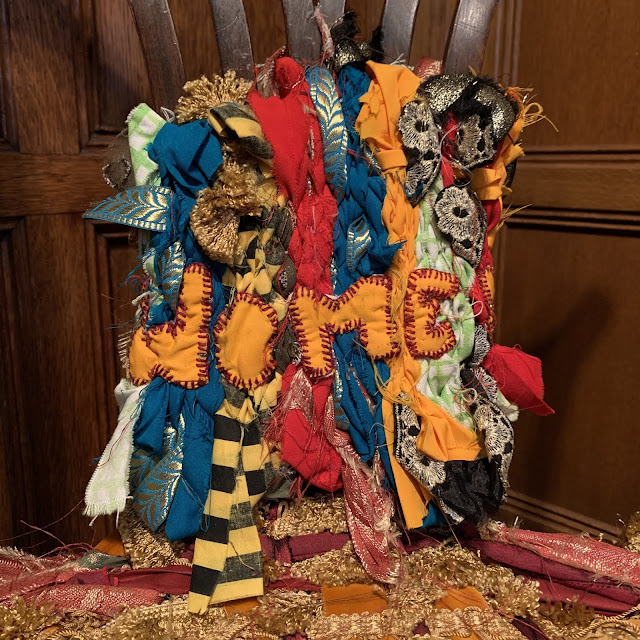 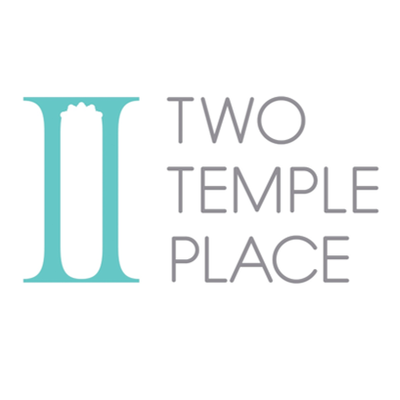